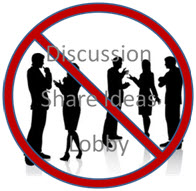 Elected officials have been forbidden to have conversation with the public about the developments.  They are allowed to hear and see official citizen testimony only during short windows of public comment. These infrequent public comment periods allow concerned citizens to provide testimony for just ten minutes.

Since the hearings, attendance at city council meetings has steadily risen.   People want the city government to listen to them, and find ways to address their concerns.

Unfortunately, there has been little or no response.

This entry was posted in City News. Bookmark the permalink.